Winter in Dubrovnik is unimaginable without the Župa Carnival which regularly takes place on Stradun during Shrovetide of every year. The messages of the carnival participators are always anxiously expected and how could these stings be avoided when they are most often directed towards politicians and their “branches” at local and national level equally.

Who screwed up what, who deserves criticism and who moderate praise will be found out by all those who gather under Luža on the day the Župa Carnival visits the city and masked parades start marching along the streets ending with the reading of poignant messages of the so-called testament of those singled outunder the city bell tower.
At the beginning of February, Minister Vrdoljak was named Fartoljak and asked if Our Lovely County would be called Croatia once oil drilling started or would it be called the Disunited Croatian Emirates. They did not forget mayor AndroVlahušiću towhom they “reminded”of the final judgement of his the Šipan Affair..

The testaments of the Župa Carnival performers are not pulled out of a hat but well thought of throughout the year. They invite all the inhabitants of Župa to cooperate and give proposals for jokes which they can drop into special boxes. The carnival organizers then read the suggestions made by anonymous associates and transfer them onto the messages to those who they consider deserve having these heard.
It is even more difficult to design the costumes which picturesquely evoke the actual events of the year. Therefore, weeks before the tour to Stradunstarts the tailoringof robes of individual and group masks.
Next year will be the 36th arrival of the Župa participants in the City. They are already collecting materials.  Squabbles concerning the Piran Bay, Pelješac Bridge yes or no, the upcoming elections chaos in the football environment, these are all potential motives that will hardly be lacking in the masked cortege which, besides the cold part of the year, is active even during summer when the costumes are adapted to the season of the year with a particular accent on piracy …

The Župa Carnival was founded in 1981 as a representative carnival manifestation that appeared on the tradition of five smaller, local carnivals in Župa Dubrovnik. The specific feature of this “travelling carnival” is that it is completely prepared in Župa Dubrovnik in order to perform its programme in Dubrovnik and Cavtat. Its 27-year-old tradition and popularity has made it the backbone of carnival events in Southern Croatia.
The Federation of European Carnival Cities(FECC) was founded the same year as the Župa Carnival and the Župa Carnival became its member in 1991 as the first from Croatia.
Thanks to the Župa Carnival, the 19th FECC Convention was held in Dubrovnik in 1999. The FECC is an association that gathers 85 carnival delegations from the entire world. 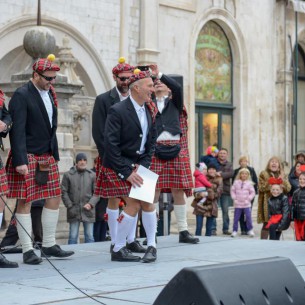 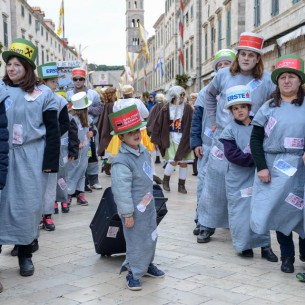 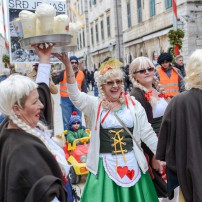 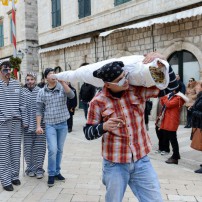 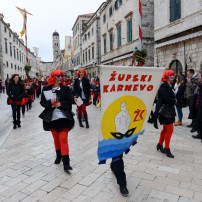