Home » Destinations » Did Edward and Wallis have Rab cake?

In the summer of 1936, wrote Linda Cookson in British “The Independent”, a little known Island of Rab, located in the lustrous Kvarner Bay, got its fifteen minutes of fame. That is when Britain’s new King Edward VIII took his mistress and future wife Wallis Simpson on a cruise of the Mediterranean and the Adriatic Sea, on which, among other things, they enjoyed copious amounts of alcohol. Insiders claim that King Edward cleared all the books from library shelves to make room for alcohol supplies.

While the couple lay on the deck, exchanges kisses and drinking cocktails, world media reporters, in search of a scandalous story, followed them everywhere. On 11 August, Edward and Wallis, recorded by numerous cameras, moored in Rab, evidenced by a plaque on the main square and the “Royal Corner” in the Grand Imperial Hotel. The yacht moored in front of the Banjol Beach where they disembarked and were met by Rab’s dignitaries who showed them local landmarks. According to English sources, they were also given special permission to skinny-dip in nearby Kandarola Bay during their visit, which marked the beginnings of nudism in the bay.

Hidden treasures of the “Island of Happiness”

However, the flotilla of reporters following Edward and Wallis did not include members of the British media, so thanks to the national information blackout, the UK public knew nothing about the royal loveboat, which also means they were oblivious to Rab’s beauty as well. However, the author of the text in the Independent is not sure how, almost 90 years later, British tourists, unlike Germans and Italians, have not yet discovered the island. The author herself enjoyed the island’s beauty during her short stay, only regretting she did not plan a longer stay so she could explore all the hidden treasures of the “Island of Happiness”. Perhaps Linda Cookson’s accolades will attract more British tourists to Rab with the story about King Edward and Wallis or they will get a desire to explore historical heritage, lay around on one of the stunning beaches, enjoy the island’s delicacies, meet friendly locals and have fun at some of the numerous events offered.
When it comes to the mentioned delicacies, each visitor must try the famous Rab cake that many people bring home as a souvenir. This cake brings a touch of the sun combined with sweetness of barren land and bitter experience of rocky terrain, with almonds blended with sugar crystals, fragrant lemon and distinctive flavour of Maraschino. This is the bases of a unique dessert with a secret recipe dating back to 1177 when, as the legend goes, it was served to Pope Alexander III on the occasion of the blessing of the Rab Cathedral of the Assumption of the Blessed Virgin Mary. As the story goes, Pope Alexander III, accompanied by ten galleys, was caught in a storm while sailing the Adriatic so while taking refuge around our islands, he accidentally sailed to Rab just after the Cathedral of the Assumption of the Blessed Virgin Mary was restored and he happened to arrive there in time to bless it.

In order to celebrate this event and to show him their respect, Benedictine nuns served him a cake on sacramental bread – the Rab Cake. Historians say that it is possible that nuns really wanted to prepare a dessert from the Pope’s own region, but they accidentally baked a different cake using the same ingredients. There are also speculations that the Pope brought the cake himself and the hosts adopted it, as an Italian version also exists and it is pretty similar when it comes to its taste and ingredients. No matter which of the versions is true, the Rab cake is unique in many ways. It was preserved throughout history thanks to St. Anthony of Padua Monastery nuns and St. Andrew’s Monastery nuns who most often fold it in a roll. The cake was a common addition in households of Rab’s aristocratic families in Venetian times and it was served on the most special occasions and holidays.
Original recipes for the Rab cake, with all its details needed for making this unique delicacy, have been preserved as a valuable heritage into which aromas and tastes of the area are carefully woven. Once reserved only for prominent and wealthy citizens, this dessert, packed with Mediterranean magic, has become the most original souvenir of the island of Rab, spreading a touch of tradition all over the world. To make a good Rab cake, you will need a few days, a lot of patience and love, as well as years of experience. However, there’s no other way to gain that experience but to embark on an adventure and try to make one. It is a skill not easy to master, but if prepared correctly, the cake will stay fresh and tasty for a long time. This delicate dessert is not served after lunch or dinner; it goes best with a cup of tea, a nice liqueur like Maraschino or local Muscat brandy. Even though it is known that Kind Edward bought a sailor’s shirt in one of Rab’s stores, it remains a mystery whether he and Wallis actually tried the Rab cake. If they did not, they surely missed a lot…

The Pumidor Festival’s finale is on Sunday
Around 250 different events, concerts, exhibitions, festivals, etc. are organised on the Island of Rab throughout the year… This Friday brings you the Rab Rocks Festival featuring Bambi Molesters, Belfast Food, My Buddy Moose and British rock & blues band The Others. The latter have chosen Rab to be the venue for the final concert of their career that has lasted since 1960s. So how can anyone say that the British don’t come to Rab?!
For those who prefer other types of entertainment – the Pumidor Festival, a traditional week dedicated to tomatoes, will last until Sunday. People of Rab and especially Lopar, are particularly proud of this event. Numerous Lopar restaurants participate in the Festival, offering various tomato-based dishes. The grand finale in form of a feast at San Marino, on the promenade above the Rajska Beach, will be held on Sunday. On this occasion, a salsa in a pot cooking competition will be held. 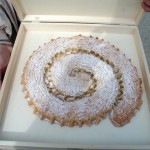 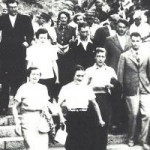 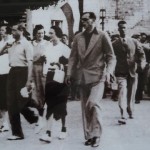